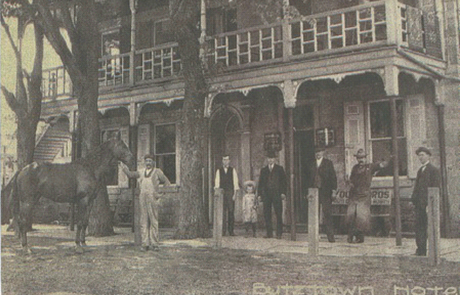 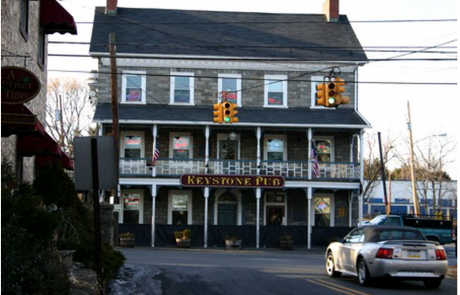 The Butztown Hotel was built in 1806, and after it was purchased in 2000, we converted this old stagecoach stop into a modern bar and restaurant named the Keystone Pub. On the outside we constructed modern parking lots, installed new roof, siding, and a handicap ramp. Inside we installed walk-in coolers, beer tap systems, and a commercial kitchen.

On the second floor we converted the old hotel rooms into dining rooms, and installed authentic tin ceilings. We found several fireplaces that were covered up over the years. We meticulously matched up the old mantles to build new ones. The next time you’re in the Pub, see if you can tell which one is which.

Downstairs we cleaned and restored the Victorian era bar. The one thing we always get complements on was the ceiling in the bar. It has a beautiful glossy brown finish to it. Unfortunately, we didn’t touch it. It is the result of a hundred years of cigarette smoke, its pure white underneath!