Big jobs are nice, but we also focus on the small details too.

We won an award for this project!

We have long-time customers who were transferred to China several years ago. While they we there, they fell in love with the style and design of the Chinese culture. Their employer was paying for them to move back to the states, and they had an entire shipping container they could use to ship items home. Our customers decided to fill it with Chinese furniture, art, and decorations. They called us because they did not want the furniture to look out of place in a traditional American home and wanted a dining room and office to look as if it were in Asia.

The customer’s favorite restaurant in Hong Kong had unique red lighting over the communal table. They wanted the same look in their dining room at home. We created a custom ceiling to incorporate the lights. Inexpensive bamboo shades covered the colonial trimmed windows and the entire wall while still letting the light through. We also installed pin lights to accent the art and statues in the room.

The office was a challenge. We decided to make our own shelves on-site to save the cost of custom cabinetry. Several items had to be sized to fit between the furniture that was in a container in US Customs. Fortunately the customer had taken measurements of the items before they shipped the container. We found the design for the shelves in a book of Chinese architecture and re-created it on a smaller scale. Instead of the rattan that was used on the doors, we used inexpensive wooden dowels to give a similar look. When my wife and I were on a random trip to New York City, we stumbled upon a Chinese antique store and scored two matching locksets for the doors for only $20.00. They tied the new cabinets we built to the furniture they had shipped home.

The furniture cleared customs just as we finished the project. We installed several hand carved brackets on the walls, hung pictures, and set the Terracotta Soldier. We think he feels right at home. 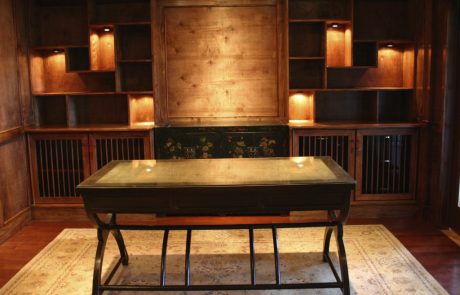 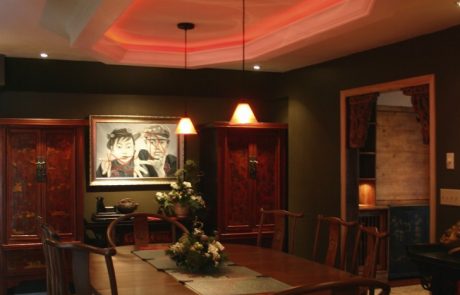 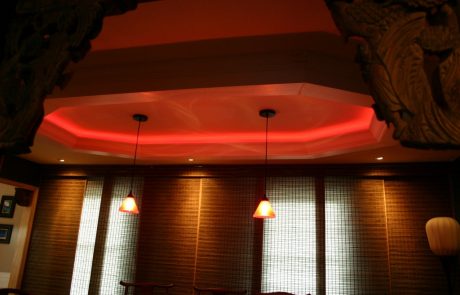 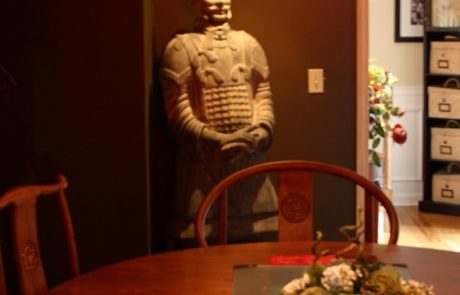 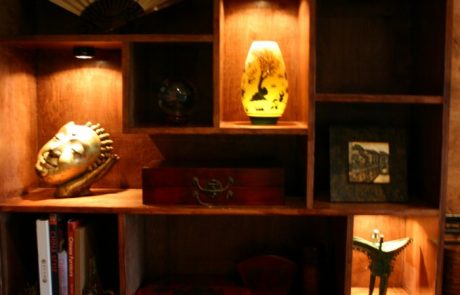 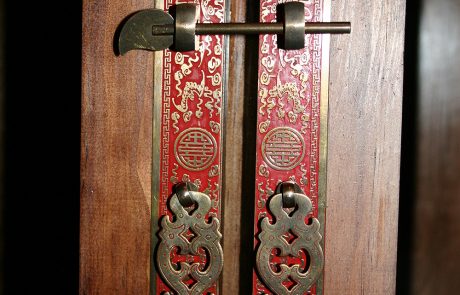 We created this laundry room with granite tops over the machines; a real nice laundry tub, custom depth cabinets, and a cool slide out cabinet to hold the laundry products. 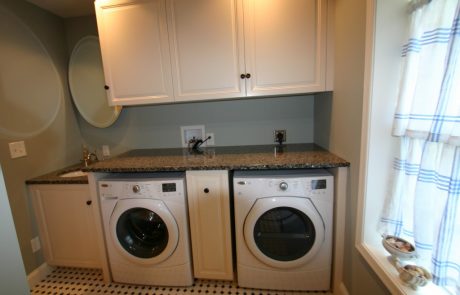 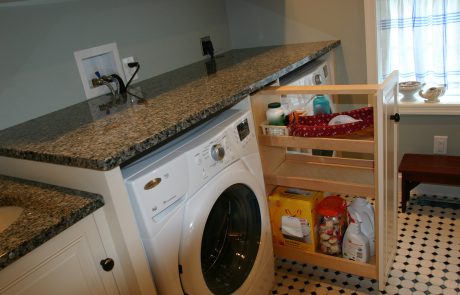 In a busy Salon on Rt. 222 we remodeled the lobby with new floors, walls, counter, custom lighting over the desk and in the display shelves. 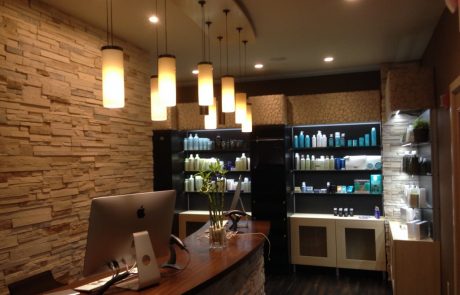 One of our customers in Bethlehem Township gave us a picture of a family room from a magazine. From that picture, we were able to transform their unused 1970’s family room into a modern living area. Custom lighting, pull-out CD racks, and a new gas fireplace make this the most popular room the home. 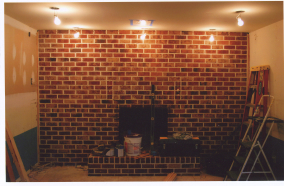 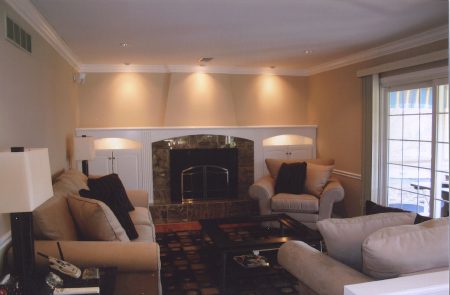 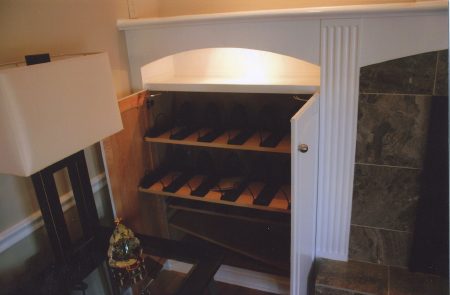 When we added onto this house, we converted the existing fireplace into one that was double-sided. The windows outside became doorways into the new addition and the fireplace became the focal point of both rooms, all without chipping a tile on the original, untouched mantle. 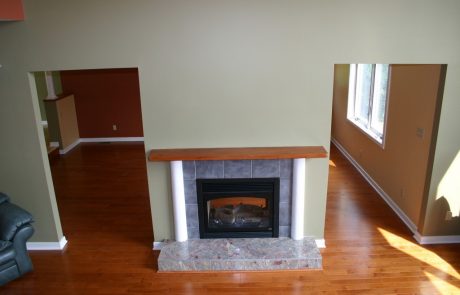 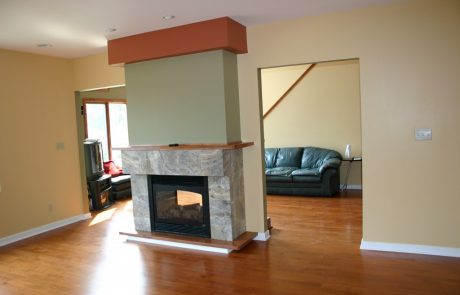 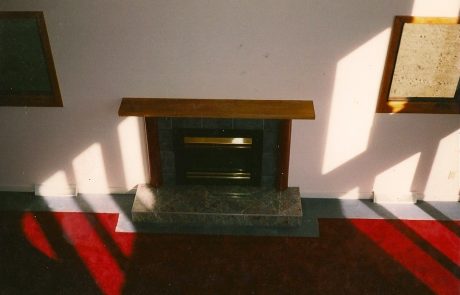 At a busy intersection in Bethlehem, a car missed the red light and smashed through a brick wall and window on this house. After we fixed it, we can’t tell which side had the hole, can you? 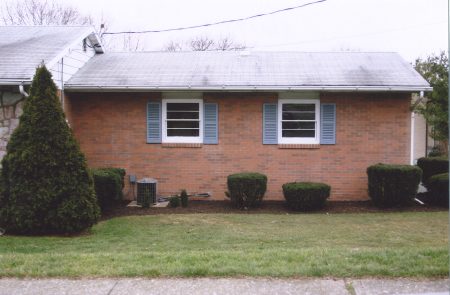