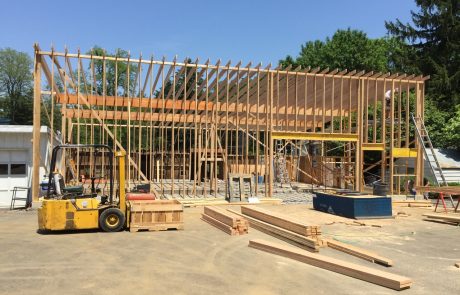 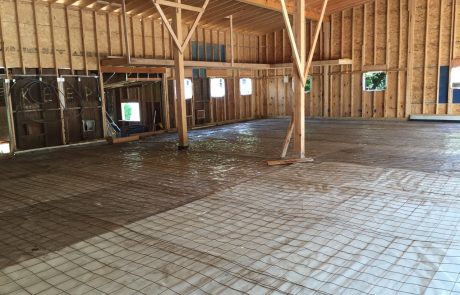 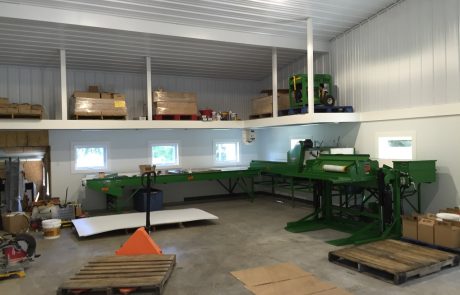 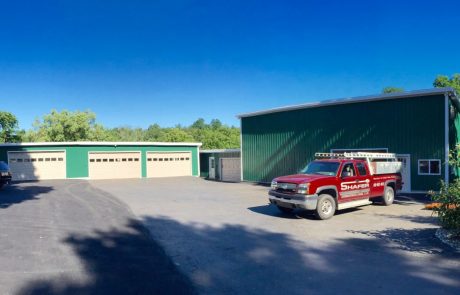 Can you have it done by the Fourth of July? My good friend and former coworker of mine asked me that question the first week of May. He no longer works with us because he wanted to work on his family’s farm. Since his family’s farming business is expanding, they needed a large pack-house and cooler for their orchard operations. We had talked about building a pack-house and cooler several years before, but there was either no time or no money. Now they had both and were ready to move.

The project including demolishing a building his father built back in the 1960s, pouring new foundations, building a modern cooler and pack-house big enough to hold a truck and forklift, and making sure it was all food-safe. This entire project had to be done before they opened, because without this building, all the fruit they picked would rot away.

Since time was limited, a pole building would have been the cheapest and quickest way to go. Unfortunately, pole construction wasn’t right for this project. Because of the large amount of insulation required in the walls, roof, foundation, and concrete slab, this building would have to be framed conventionally.

The very next day, we ordered the refrigeration equipment, and I begged my concrete contractor to shuffle his jobs around so that we could start digging the next week. It only took a supply of peaches to get that done!

After the foundations were poured, my friend asked me, “Can we make the building taller?” He measured their 15-bushel Apple boxes and estimated that it could hold another dozen boxes if we made the roof taller.

This project was like getting the “band back together again” because he helped us frame the building. The hardest part was lifting the huge LVL beams into place at the new height. A lift would’ve been nice, but we did it the old-school way, with hard work! It was almost like an Amish barn raising. Since he trades produce with several Mennonite farms, one of the Mennonite farmers, who installs metal siding during slow times of the year, sided the new building. The team arrived at 4 am each morning and worked until almost 11 pm every night. In four days, they completely sided the entire building, inside and out. It would have taken us weeks running vinyl all over this place. That was a real time and money saver.

Due to the tight schedule, we poured the concrete slab the same day we installed the rubber roofing. It was risky since this was thunderstorm season. We were lucky that everything worked out fine. We were blessed with beautiful weather on this job which also made the peaches grow faster. Our Fourth of July deadline was now the end of June. They started picking the fruit and needed a cooler to put them in.

Once the building was up, it was time to insulate. Food-grade foam insulation is extremely expensive. To save money, we installed conventional fiberglass bats in all the bays, covered them with OSB, and then applied spray foam on top to create a bombproof shell on the inside. You can slam a forklift full apples into the walls and nothing moves. Next on the list was installing an entire pallet of food-grade fiberglass panels. They are required every place where food could come in contact with the walls so they can be washed.

A Lancaster company makes fruit washers and conveyors, and they were installed the day before the fruit stand opened. The last item on our list was to incorporate the antique cider press that my friend’s grandfather used to make apple cider into the new building. Since the original manufacturer is long gone, we had to custom make a new belt line on site.

The first load of produce was in the cooler waiting for the coolers to start. This projects schedule was not in days and weeks, but in hours and days. Everything came together on time, which is good, because there was no time to waste.